A while back I did a brief teardown of my setup for LUTE’s first performance. In recent performances I have still been using the Launchpad to trigger phrases and operate a simple drum machine, but now the phrases are being played off my modular synthesizer. The one minor modification I made to the Launchpad controller was the addition of a phrase loop, because triggering phrases while turning knobs and changing patches was hard to manage during rehearsals. 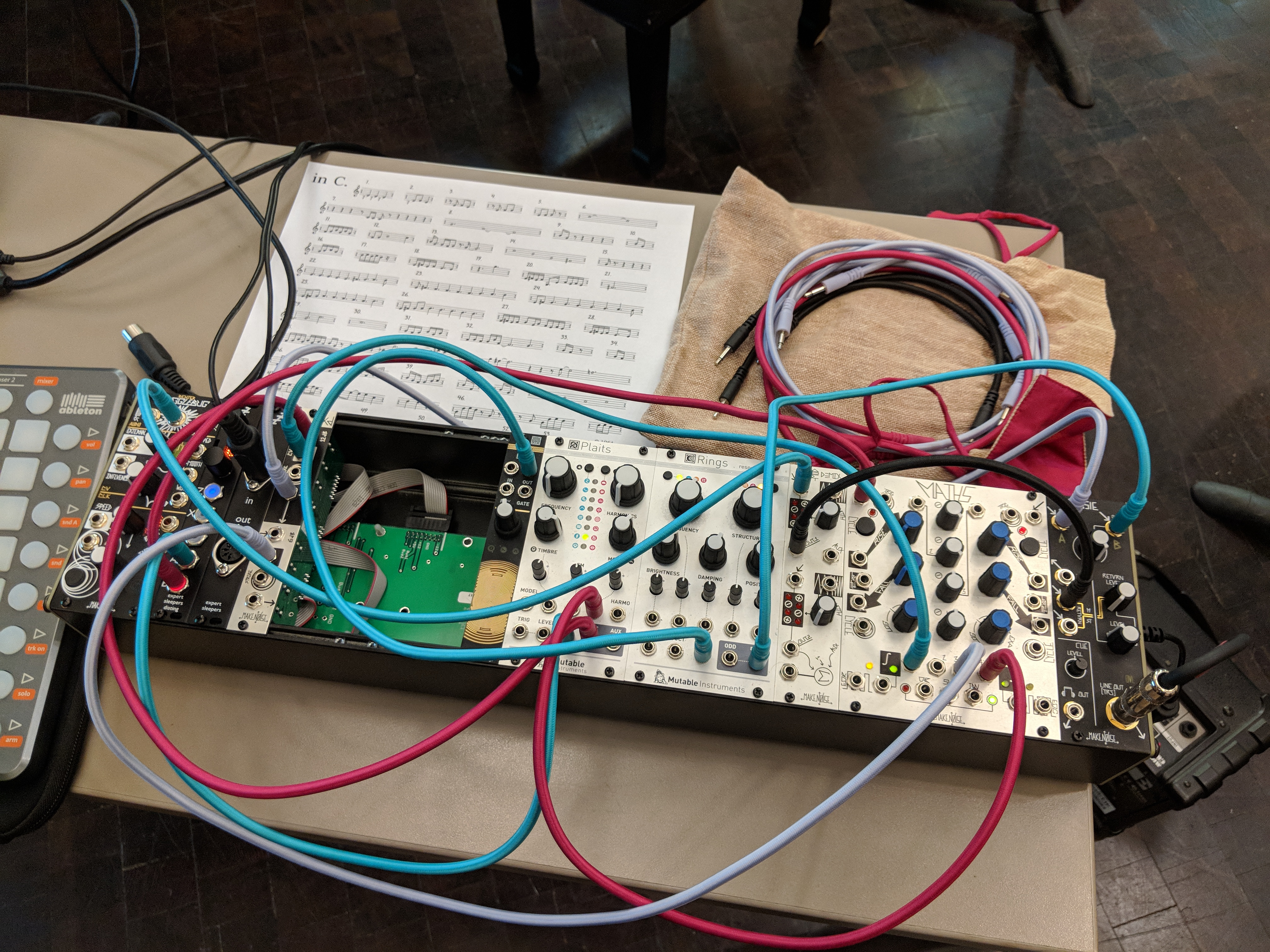 I changed my patches mid-play but the core signal path was a Mutable Instruments Plaits macro-oscillator controlled by Expert Sleepers Disting to (converting MIDI messages from my laptop to Eurorack signals) with dynamic controls provided by a Make Noise LXD low pass gate. I’m also using a Mutable Instruments Rings resonator with an Ears contact microphone to ping and accent phrases. The drum machine was still being played by the laptop rather than the modular, but in the future that might change! 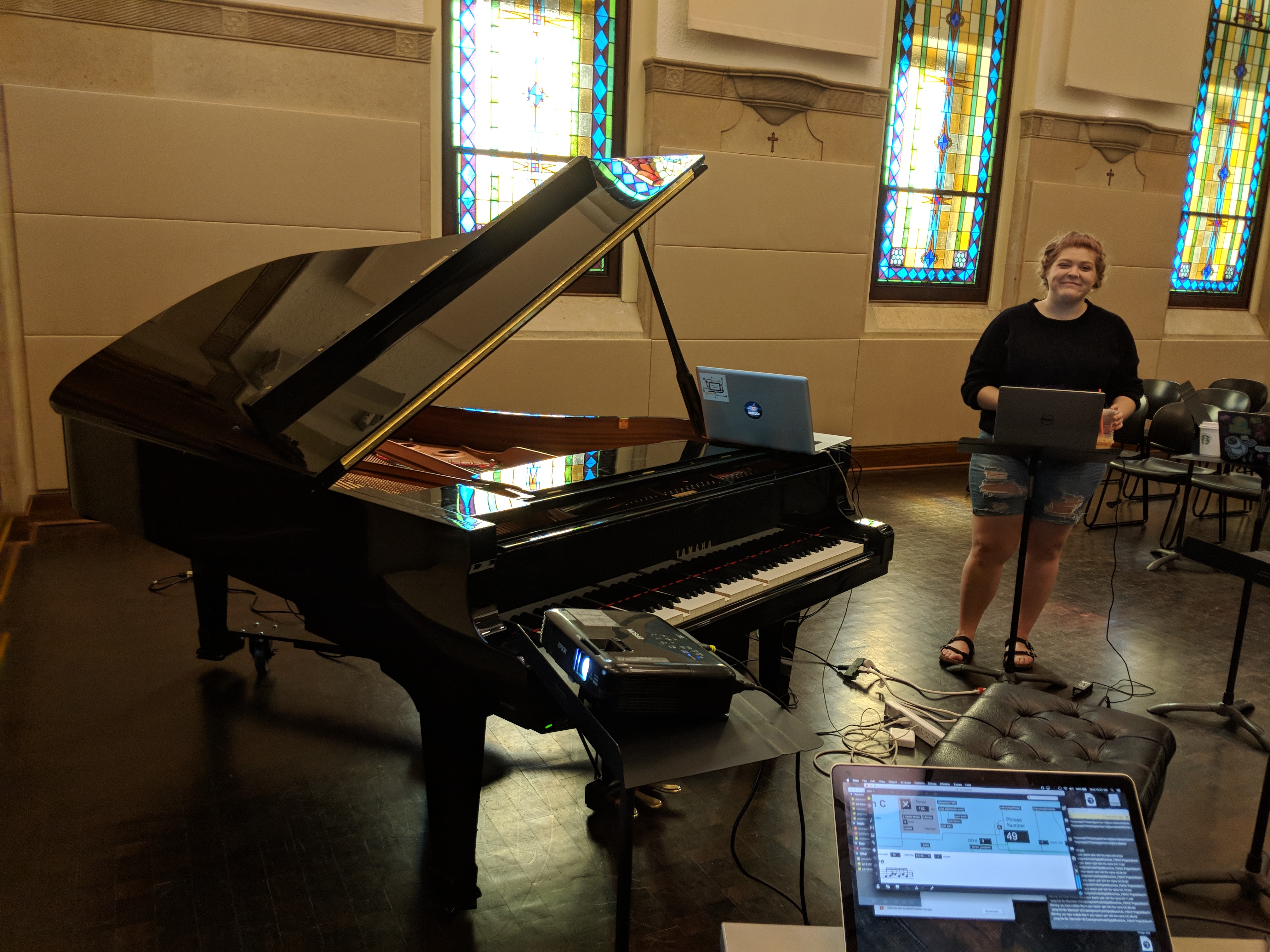 We realized after our first informal ‘In C’ reading in the Music Hall that the piano sitting in the background was actually a Yamaha Disklavier, so we knew that it had to be included in the next performance in that space. Dr. David Wetzel controlled the Disklavier via MIDI using the unmodified performance app, using it to play both the ostinato pulse and the ‘In C’ phrases.