During finals week for the Fall 2016 semester, LUTE put on its first public performance of Terry Riley’s In C. This semester’s performers consisted of our Introduction to Digital Music students, who started this class with varying degrees of technical and musical skill. These students performed using their own musical instruments that they created in class, which they controlled using a device they chose. These controllers included gaming controllers (PS4, Xbox, etc.), smartphones, and MIDI controllers. A few students opted to play live instruments and processed their output using their custom software. 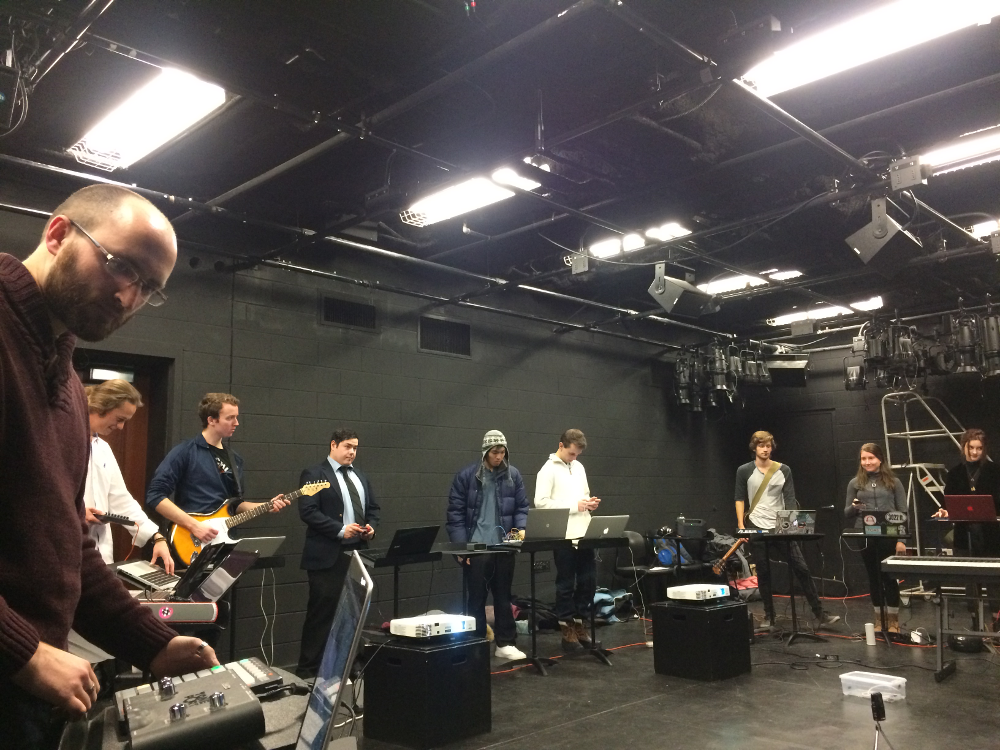 This was first semester that LUC has offered the Introduction to Digital Music course (COMP122/MUSC122), so there was some necessary deviation from the original syllabus. Originally students were to decide upon and execute a final project idea approved by faculty, such as a music instrument or composition. We felt that a public performance would be a better demonstration of how the course material applies to the real world, and would give our work more exposure on campus and beyond.

Once we had struck upon the idea of performing, we needed to either create a new piece to perform or pick and existing one. We wanted to avoid performing something weird and esoteric, which is something commonly seen in other laptop orchestras. In C is a perfect choice for laptop orchestras because of its timeless energy and freedom, and we think that our performance touches upon what makes this piece special. 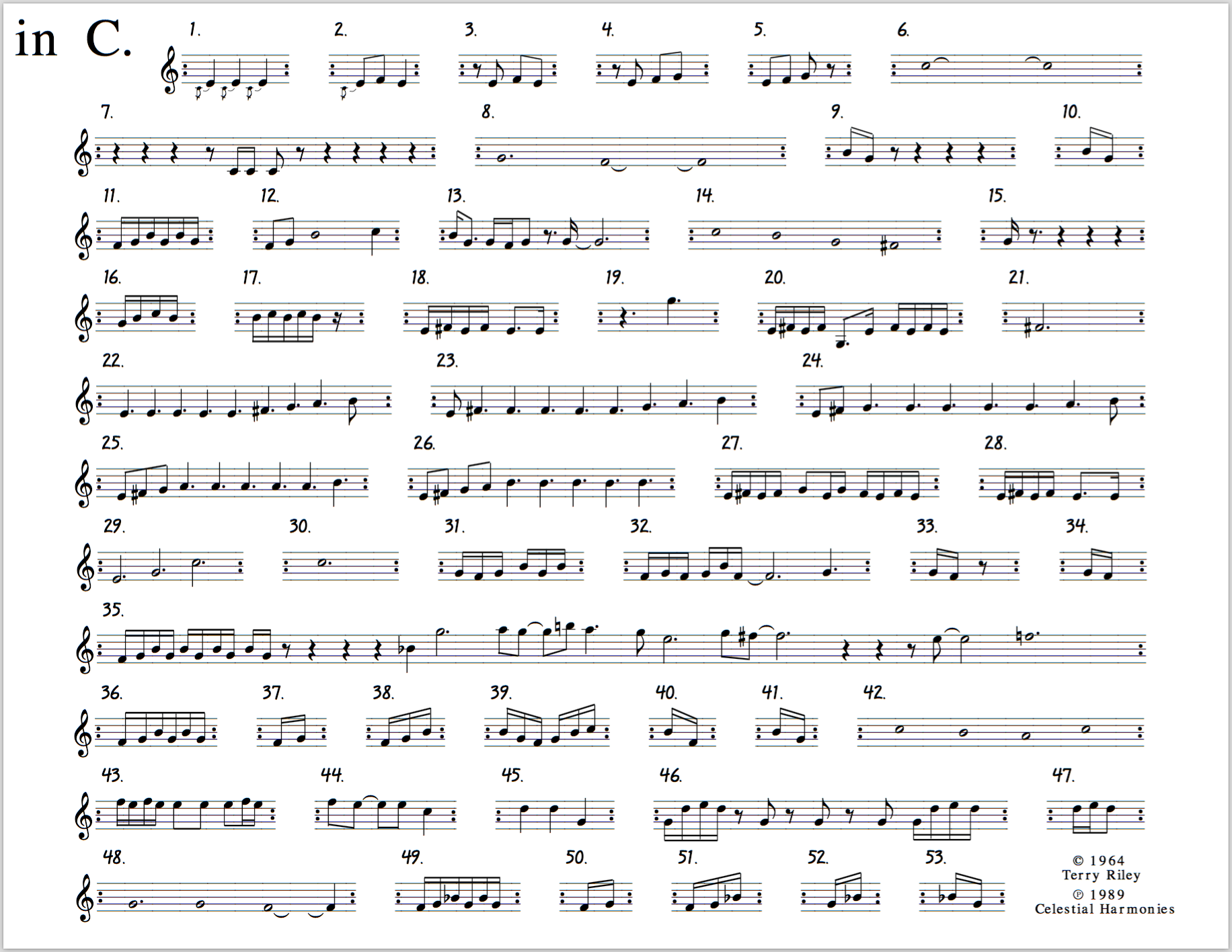 In C consists of 53 consecutive musical phrases of varying sizes, performed by an indefinite number of performers (Terry Riley recommends 35). The piece begins by one or more performers playing a constant C ostinato in 8th notes, while the other performers gradually begin to play and repeat the first phrase.

Patterns are to be played consecutively with each performer having the freedom to determine how many times he or she will repeat each pattern before moving on to the next. There is no fixed rule as to the number of repetitions a pattern may have, however, since performances normally average between 45 minutes and an hour and a half, it can be assumed that one would repeat each pattern from somewhere between 45 seconds and a minute and a half or longer.

Each pattern can be played in unison or canonically in any alignment with itself or with its neighboring patterns. One of the joys of IN C is the interaction of the players in polyrhythmic combinations that spontaneously arise between patterns. Some quite fantastic shapes will arise and disintegrate as the group moves through the piece when it is properly played.

The nature of the piece gives us some flexibility for how the piece should be performed, for example the constant ostinato can be relegated to software so our performers can focus on playing the phrases. Not all of our performers could reliably play the phrases on a conventional instrument like a piano, so we wrote some supporting software to enable all of our students to play together.

Each of the students were responsible for creating a software instrument in Max that could respond to MIDI note messages. This instrument is connected to a Max abstraction developed by David Wetzel which triggers the In C phrases (he also had the difficult task of making MIDI sequences for each phrase, thanks David!). The students were also provided a master patch that enables communication between performer patches, handling things such as synchronization and playback status messages.

The playback status messages are routed to a single machine hosting our custom Score Progress app, which was projected onto the wall in front of the performers. The app shows which performers are playing each phrase, which is helpful for performance and also demonstrates to the audience how the piece works. Each number is unique to a particular performer that is decided prior to performing the piece.

We are currently working on editing together the raw footage from two video sources, but in the mean time you can view the raw live stream from the link below: